A couple of years ago during my artist’s residency at Heron Corn Mill in Cumbria I was researching into the Westmorland based early 20th century writer Constance Holme, coined as the Northern equivalent to Thomas Hardy and George Eliot but not nearly as famous or as widely read. As part of the research I investigated her family tree and discovered Constance had a cousin – Vera “Jack” Holme, a fairly well known suffragette who I discovered was born in Southport!

I found more material about this woman than her rather more conservative cousin Constance, who actually had an aversion for women who sought the vote! However at the time my brief was to explore the work of Constance Holme so I parked the Vera Holme research until a later date might emerge when Vera’s story may have some resonance. It seems Sefton Borough of Culture 2020 could be that time to re-visit this relatively unexplored story, at least her early life in Southport that is.

Vera “Jack” Holme is described by researcher Anna Kisby[1] as “a militant suffragette in Edwardian Britain, chauffeur to the Pankhursts, actress, and aid worker during the First World War….. an unconventional woman.. (a) driver and mechanic”[2]. Kisby has researched Vera’s “lesbian relationships and her increasingly masculine image, in the context of the women’s suffrage movement and the First World War”[3]. So there is something fairly substantial and interesting about her to begin with.

However, I think there is still more to uncover about this Southport born woman whose life story resonates with contemporary considerations of identity and living life against the flow of “normality” in extraordinary times. The sources for this may well be on our own doorstep in Southport.

Kisby’s article ‘Vera ‘Jack’ Holme: cross-dressing actress, suffragette and chauffeur cites a collection of letters, papers and photographs held at the Women’s Library along with other source documents to be further researched, as well as a note of conversations with a relative who may well still be living. Before encountering the Kisby article I had found online the letters from Constance to Vera in the same collection and these were forming the basis of some of my work on Constance Holme so it certainly is, amongst other sources, a collection to return to in pursuit of championing Vera as part of the Southport Stories theme for Borough of Culture 2020, or if not something in relation to International Women’s Day.

Driving for the Pankhursts

However Vera’s life story, as so often is the case, takes her well away from Southport to seemingly more exciting places and experiences as is the case for other ‘famous’ people of Southport such as Miranda Richardson and others born in the town but permanently resident.

If a project went ahead I think there is a strong case for working with the records office and Southport archives in an attempt to discover those early years before Vera left Southport and especially to examine the potential effects that early life experience of the town had on her and on what she went on to achieve. Towns like Southport do not always retain young people. Larger cities often entice talent away. In this case it may have been family breakdown, financial difficulties and one can only guess at other drivers towards a change of place. Needless to say Vera moved away and travelled up and down the country as a performer and as an activist in the women’s movement leading up to the First World War, during which she subsequently became an aid worker in Serbia, finally living and working as a photographer and artist in Scotland until her death in 1969. The Kisby article and The Women’s Suffrage Movement: a reference guide (1866-1928) by Mary Crawford give fuller biographical accounts.

The facts from the records concerning the Southport link:

Richard moved his timber trade to Southport in 1871. He is registered as a visitor in the 1871 census with his address as the Victoria Hotel, Promenade, Southport. Ten years prior to this he is also registered as a Timber Merchant in Liverpool in the 1861 census.

Richard Holme married Mary Crowe of Woodchurch, Cheshire. The marriage was registered at Birkenhead in April 1873.

In 1881 Richard Holme is listed as a visitor in residence at the Prince of Wales Hotel Lord Street Southport.

On 17th February 1885 Vera’s brother Richard Gordon is born. He is known as Gordon Holme.

In the 1891 census both Vera (aged 10) and Gordon aged 6 are listed with the family living at 61 Houghton Street, Southport (now the site of Stokers, the furniture shop). 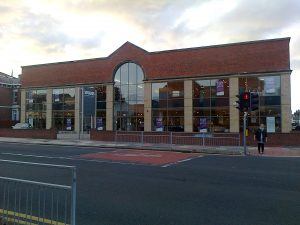 My own research has traced Gordon Holme to Canada where his service record has him serving in the 1st Sussex Volunteers in England and then the 22nd Saskatchewan Light Horse. The record shows him signing up for the Canadian Overseas Expeditionary Force in Winnipeg on 18 December 1914. His next of kin is Edith Augusta Holme. His trade is a rancher. His address is Glenrose P.O Saskatchewan.

I found a reference to a probate listing in 1895 for Richard Holme living in Barmouth Merionethshire with Mary Louisa Holme inheriting his effects of £1425. This would mean that Gordon was 10 and Vera only 14 when their father died. However Kisby’s story suggests a family split and a scandal so this requires further research. When did the family leave Southport?

“In the few photographs that we hold of Jack’s (Vera’s) youth, she appears in fashionable Edwardian feminine dress. Her origins were middle class and her early years conventional….growing up mainly in Lancashire, with some convent education abroad. She remained close throughout her life to her one brother, Gordon (who named both his children—a boy and a girl—after her: ‘Jack’ and ‘Vera’), but little is known about her relationships with wider family.”[6] [7]

The subsequent history of her life as a militant suffragette and her work as an aid worker in Serbia  is clearly well documented in the Kisby article and elsewhere, and I have found the following additional documents of her time in prison as part of the suffragette cause: 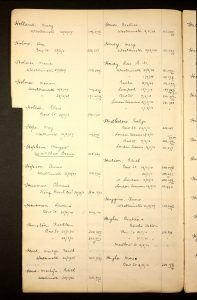 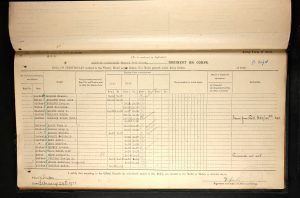 However what remains intriguing for me are the following questions:
What was her life like in Southport between 1881 and 1895?/1900 when I guess she left and went off on her travels. When did she “come out”? How old was she?  How easy was it for her to embrace her identity? “Coming Out”  is something we read about in Jane Austen’s novels.  What is the historical journey of the term “coming out”? I had a little online skirt around this phrase and its origins and there’s something in it – particularly with regard to class that would be intriguing to pursue within the context of gender studies, class and the pre First World War context of Vera’s early life as a young woman in Southport.

What was 1900 Southport society’s attitude to Lesbians at this time? Was the itinerant nature of her subsequent life indicative of an intolerant society at home? Did London/Manchester allow her more freedom to express her true identity? Did family tragedy lead to her desire to be itinerant? What was her relationship with her mother?

What happened to her close family? Did her father die in 1885 as it seems from the records I have? Or was there a family problem? How/why did the Southport based family split? Did this experience drive her story of survival and transformation? How might she have found her way to London? What groups/links might she have had in Southport that might have influenced that move? How and when did she get involved with the Manchester-based Pankhursts?

Certainly if Gordon and Vera lost their father in 1895 that would have impacted on the family.

More from Kisby:
“Frustratingly, between 1904 and 1914 no diaries survive to give a continuing first-hand account of her acting years and the origins of her involvement in the women’s suffrage movement. It is possible she became involved through the Esperance Girls’ Club run by Emmeline Pethick and Mary Neal.[8]…

We do know there was some kind of family scandal: certainly her parents separated and her mother remarried, probably when Jack was in her late teens….

…The Jack we come across in her first diary of 1903, aged twenty-two, is a young woman who, with only a small and erratically-given allowance from her father, had no choice but to go out and earn her own living in order to survive. The work she chose was as an actress and singer—not a conventional choice for a middle-class Victorian girl. Her 1903 diary records a life travelling the country with touring theatrical companies. She supplemented her income by giving private singing performances and at one point worked as an artist’s model, noting that the artist—a Mr Hall—is ‘rather gone on me’ and that ‘it was fearful . . . and I don’t care much for being an artist’s model, though he was most decent to me’. Shortage of cash is a recurrent issue—although her mother treated her to regular shopping trips for new clothes, she frequently had to pawn her jewellery (‘popped a ring as have no money’).

Despite money worries, her life in her early twenties appears to be one of immense freedom, fulfilling the stereotype of the New Woman of the turn of the century. With no fixed address, she moved around boarding houses, travelled alone on the train to her engagements, cycled around London (at one point shopping for a ‘biking skirt’), and went swimming in the sea and for donkey rides in Margate with fellow actresses…..”[9]

By 1907 and in her mid twenties she is well and truly part of the London based Suffrage movement which we know is truly a Manchester/London city based organisation. At this time she is a member of the Doyle Carte Opera Company. A summary of her participation is documented in the “Who was in the Doyle Carte Website”

“an accomplished violinist and singer, Vera Louise Holme was a contralto in the D’Oyly Carte chorus at the Savoy for the First and a portion of the Second London Repertory Seasons, December 1906-August 1907 and November 1908-March 1909. In 1908 Miss Holme helped form the Actresses’ Franchise League (AFL). The League worked for women’s enfranchisement, sold suffrage literature, and staged propaganda plays. That year she also became a member of the Women’s Social & Political Union (WSPU). In late 1909 Miss Holme was appointed chauffer to the leaders of the WSPU. In November 1909 she appeared as Hannah Snell in A Pageant of Great Women, a play by Cicely Hamilton and performed by the AFL. During the First World War Miss Holme was commissioned as a Major in the Women’s Emergency Corps, and in 1915 was placed in charge of trucks and horses in the Scottish Women’s Hospital units sent to Serbia. Miss Holme remained involved with relief work for Serbia throughout the 1920s and ’30s. She later moved to Scotland where she became involved in the artist scene around Kirkcudbright.”[10]

[4] My artist residency (2015-17) was based at Heron Corn Mill, Milnthorpe on the edges of Dallam Estate hence my pre-occupation with stories from the area see “Beautiful End Project” Waterfield, C. (2017).

[7] Carran Waterfield has done a little work on this through pursuit of Vera’s correspondence with her cousin, the Westmorland writer, Constance Holme