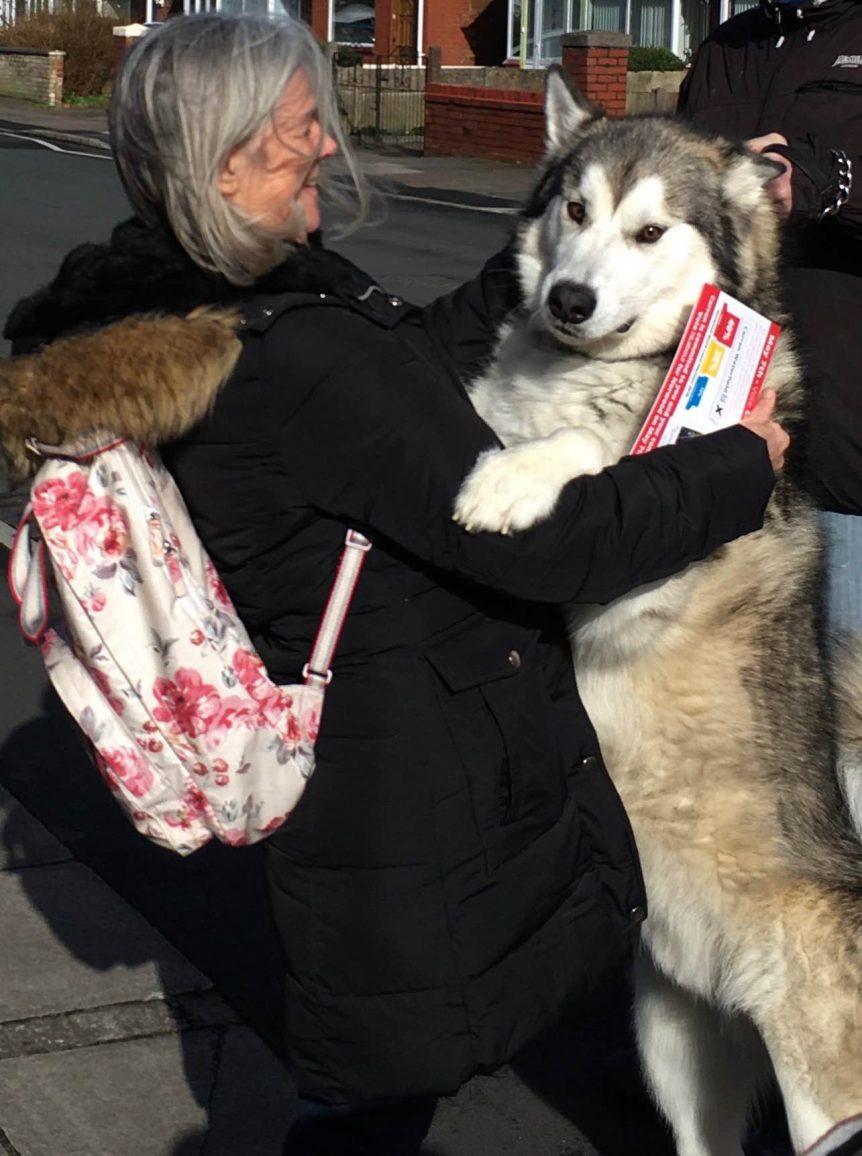 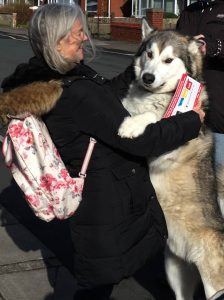 One mighty canine whose master knows how to bag it and bin it. 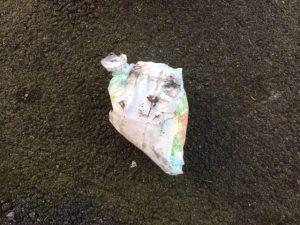 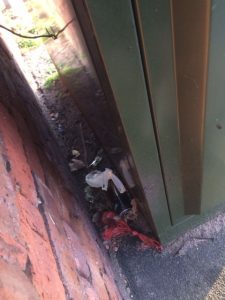 In working as a Ward Councillor probably one of the most regular calls to action has been tackling dog poo and occasionally the human variety.

When I first moved to Southport, Richard and I affectionately nicknamed our new home town ‘Southpoo’, and a neighbouring village on the Southport Manchester trainline ‘Poobold’. The former due to copious lumps and packages of dog poo either enveloped in poobags or pooed all over the pavement which we invariably trod in. The latter due to the pungent scent emanating from the Wigan Waste Water Treatment Works on those long summer journeys courtesy of Northern Rail while packed in the cattle truck pacers slow-coaching their way to Manchester. 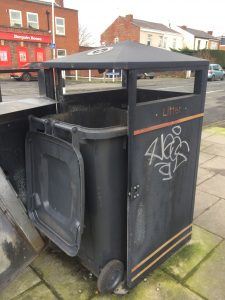 Hecate, Goddess of the Crossroads, Queen of the Underworld and keeper of objects like trash, keys, whips and knives is

“…our Lady of the Dustbin, Recycler and Keeper of the Torch, Whip and Knife”

Terrifying and endearing we know of her from Shakespeare and  Greek Mythology. Her companion is a dog.

In Southpoo, as everywhere, cuts to services over a 10-year period have left Hecate and her dogs running amok especially in our ward for which I share responsibility with two other councillors. I have taken to documenting the poo difficulties and putting myself in the shoes of the residents.

The film below is from my short Saturday afternoon walk down three streets on my way home from one end of the ward to the other walking northwards.

” All Hail Our Lady of the Dustbin,
Recycler and Keeper of the Torch, Whip and Knife
Hear our Prayer”
‘The Last Women’ (Waterfield 2009)

Triggered by the supplications of our residents I appealed to our strapped for cash cleansing dept in Sefton Council and they ordered a deep clean of the offending streets poking out each nook and cranny followed by a special visit from an out-sourced cleanser to remove long redundant long lost cat notices that had been strapped and taped to lamp posts.

Hecate calls from both sides of the same coin – mess it up and clear it up. An original orator she has inspired a motion at council:

Thanks to Councillor Carragher (Sefton Council)

Hecate is the original author of  “Bag it and Bin it” and the invoker of patterns on pavements in the style of  Gilbert and George famous for poo art;  something to think about if you want to be positive about poo. 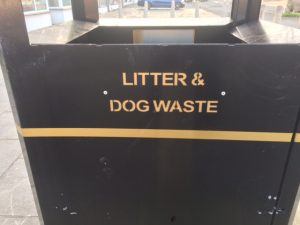